I spent my youth on a small multi-generational farm with my mother’s family in the Arkansan Ozarks after leaving the industrial town to the south of Chicago where my unmarried mixed-race parents previously lived. My mother’s family relocated to the Ozarks in the 1980s. I only met my father’s family a few times when very young.

My mother remarried in the years following my father’s death. My name was changed shortly thereafter (Tennant) although no formal adoption took place. I credit this and other events, such as my grandmother’s joking that she should leave me near the Mexican border on a summer vacation, as important motivation for the type of research I eventually undertook.

I became an undergraduate at the University of Arkansas in 2001 and earned my BA in anthropology in 2004. I enrolled in my first archaeological field school that same year, which investigated the homes of enslaved and free African Americans at the site of Van Winkle’s Mill. In addition to supporting two successful Student Undergraduate Research Fellowships (SURF), this experience motivated my earlier interest in the archaeology of race and racialization leading to a Fulbright Scholarship to study Chinese diaspora communities in New Zealand. My interest in digital technologies – particularly geographic information systems (GIS) – led me to an MS in Industrial Archaeology at Michigan Tech (2005) for work in Spitsbergen, Norway.

I remained committed to social activism through these years, participating and organizing events associated with immigration justice, food security, and the anti-war movement. These interests combined for my MA (2008) and PhD (2011) degrees in anthropology from the University of Florida. My dissertation examined Rosewood, Florida leading to the Rosewood Heritage & VR Project and a book from University Press of Florida. This research examines the use of digital technologies to shed light on the connections between historical racial violence and modern society inequality through a framework using intersectionality and Black feminist thought. I also met my partner during my time at the University of Florida. We married in 2008 and hyphenated our surnames (González-Tennant).

I began as an Assistant Professor of Archaeology and GIS at Monmouth University following my PhD in 2011. I directed the GIS and MA in Anthropology programs during this time. My partner and I relocated to Florida in 2015 for personal reasons. After working in the private sector for 1.5 years I began as a Lecturer in the Department of Anthropology at the University of Central Florida. 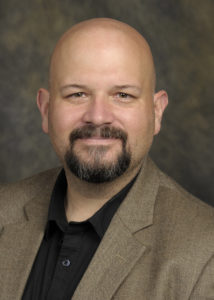